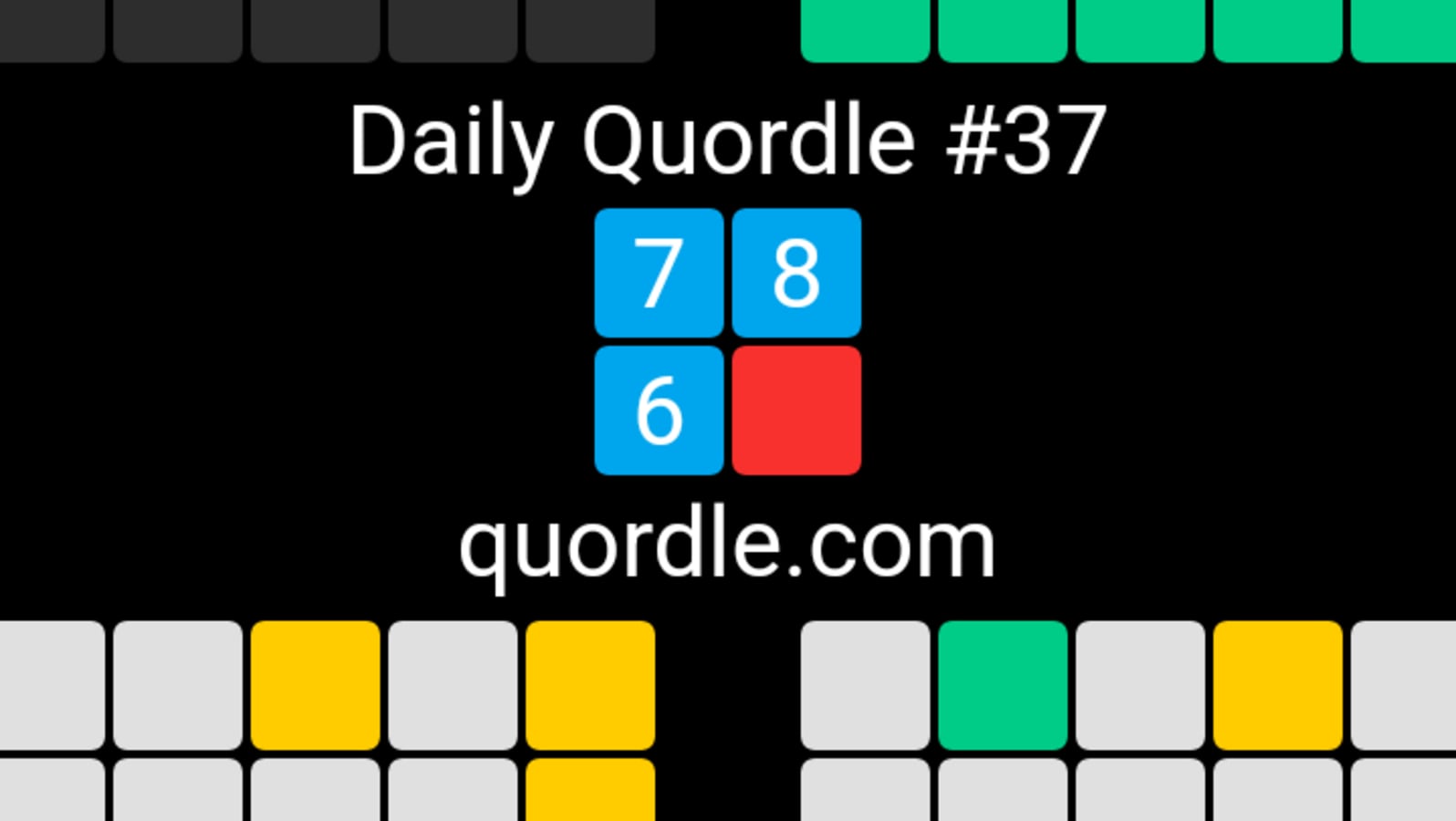 Wordle answer too easy? Try Quordle, a word puzzle with 4 times the fun

Wordle Alternatives: If guessing the Wordle answer gets too easy for you, check out Quordle, the word puzzle where the difficulty and fun increases fourfold.

Ever since Josh Wardle created the buzzword game Wordle, the internet just can’t get enough. The list of regular players has grown steadily, growing from a few thousand to millions! Last reported, the Wordle game had over 3 million players. While the game is attracting new players with its fun gameplay, attractive yet minimalist user interface, winning streak, and social media bragging rights, veteran gamers of the game might be looking for new challenges. So, if you are someone who gets the Wordle answer in 2-3 attempts, you need to take it to the next level with some of the Wordle alternatives available online. One that is sure to test your mettle is Quordle. Quordle presents you with four word puzzles at once and forces you to strategize from a totally different perspective.

The game was created by Freddie Meyer after he came across Dordle, a Wordle alternative where you have to guess two different words simultaneously. Meyer didn’t find it too difficult and decided to make Quordle, doubling the difficulty. As the name suggests, in Quordle you simultaneously guess four five-letter words. You have nine attempts to do so, but each guess applies to all four word puzzles.

This instantly takes away all of your existing strategies and forces you to come up with different plans. But just like the difficulty, the pleasure is also quadrupled with this game. You must systematically plan the most efficient way to find all the right combinations of letters to guess the four words. The gameplay is quite similar to Wordle. Each attempt will be highlighted in green, yellow, or gray, which would indicate whether the letter is in the correct position, the wrong position, or not at all in the word, respectively.

The game has grown in popularity with the website claiming 500,000 daily players and a total of 1 million players on the platform. “I have no intention of monetizing Quordle, I just enjoy watching everyone enjoy this insane game,” Meyer said. You can check out the game here.

If you’re not ready for Quordle, there are other Wordle alternatives you can try as well. If these games do not necessarily increase the level of difficulty very much, they offer different thematic variations to allow you to have fun even after having solved your word of the day. Among them is Absurdle, known as Wordle’s evil twin. In this game, you have to find a secret word while the game uses its entire word bank to make the challenge more difficult for you. Then there’s Nerdle, which offers a math puzzle in the word game scheme. You must correctly guess a simple equation consisting of numbers from 0 to 9 and the symbols +, -, *,/ and =. There is also Worldle which is a geographical version of the game, which makes you guess the correct country or territory.