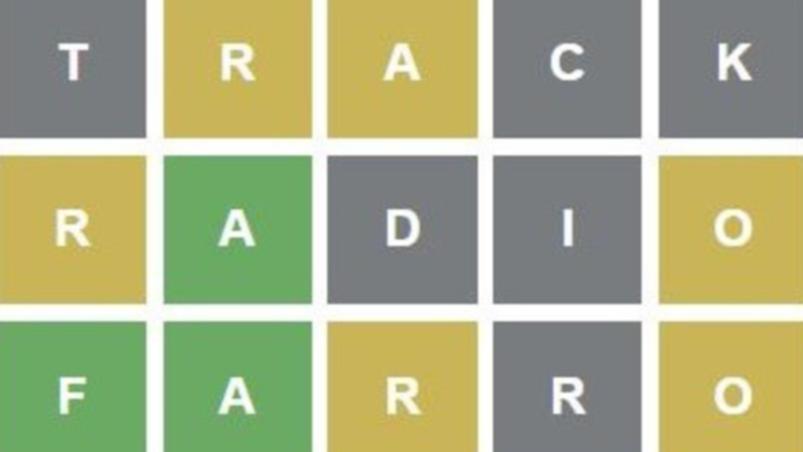 Why a simple word puzzle game took the world by storm

What’s green and yellow and all over social media? This is the viral wordle puzzle game.

The simple pun floods Twitter and Facebook with green and yellow tiles as people share their results. Players get six tries to crack the five-letter word with colored tiles giving clues as to whether people selected the correct letters.

New York-based software engineer Josh Wardle said he developed the game for his puzzle-loving partner and was surprised by its success. What started as a two-person game has exploded to over two million now playing it.

“I originally made this game for my partner who is also a Spelling Bee enthusiast,” he said on Twitter.

“There’s a bit of luck, a bit of the right time, in the right place,” Dr Raffe said.

But he added that game design also had a lot to do with its success, as many games have a lot of controls, information and can take a while to learn.

For his students at UTS, he says the simplicity of the games is the most important thing and that Wordle lets people understand it “almost immediately”, he said.

He supported the concept of only allowing users to play once a day and said it was a “fantastic idea” that went against the trend of many other games available trying to entice users to play for hours.

“It’s interesting to take control of these hands and not allow [users] to make that choice for themselves, but at the same time it levels the playing field and ensures that everyone plays the same way.

It was almost as if the game was telling people to respect their own health and that people “shouldn’t obsess” over it, he said.

Another aspect that fans liked was the ability to easily share their scores on social media and there was no leaderboard or way for people to be “hyper-competitive”.

While the game’s design may not be revolutionary, it is reminiscent of a game that became incredibly popular in the 70s according to Melissa Rogerson of the University of Melbourne.

She is a lecturer in computer science and information systems and specializes in research on board games.

The game is similar to word games such as Scrabble or especially the code-breaking game Mastermind released in 1971. Players had to create a code using four colored pegs and could give clues about the order in which they were.

“And of course that’s also what people do with Wordle…we also see those kinds of deductive and guessing strategies in both games,” she said.

Although there was some strategy involved in the game, there was also “a lot of luck” for the players.

People wonder if their first guess involves a lot of vowels, high frequency letters, or is it a word they think will reveal more letters, the game researcher said.

Wordle’s appeal was the element of deduction and the sense of accomplishment and the ability to share the results with people.

“This idea that you share with your friends, you play the same as your friends wherever they are in the world.” said Dr. Rogerson.

And one of the benefits was the “really nice and nice conversations” people had about the game, whether they were discussing their successes or if they had any bad luck.

“I believe where Wordle really took off was when this social sharing element was added,” she said.

Although some people don’t like seeing the ubiquitous plazas, it gives the impression that people are connected to each other, she explained.