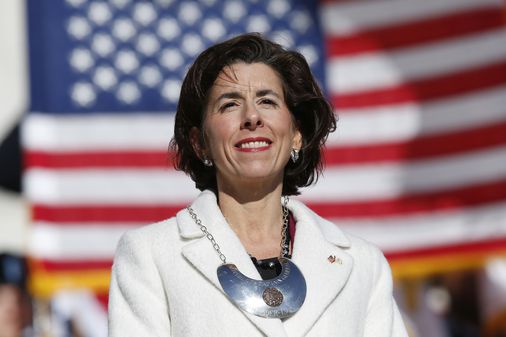 We played word games with Governor Raimondo. The presidential race was the subject

Governor Gina M. Raimondo isn’t ready to back a presidential candidate, but she has a lot of thoughts on the Democratic realm.

In an interview with The Globe this week, she agreed to play the word association with Ed fitzpatrick of the seven candidates who took the stage for last night’s debate in Los Angeles.

When asked for the first word that comes to mind for each candidate, here’s what she had to say.

Bonus question: what word comes to her mind when she thinks about Michael bloomberg, the former mayor of New York whom she once called her “political idol”?

Raimondo said it was not clear to her who would emerge to seize the Democratic presidential nomination. “You have a very fluid field,” she said, noting that Bloomberg and the former Governor of Massachusetts Deval Patrick recently entered the race.

“There are people who arrive and drop out regularly. We end the year without a clear leader.

So she said she wouldn’t be surprised if the main fight was until the Democratic National Convention, scheduled for July 13-16 in Milwaukee.

You can easily see a guy like Sanders not giving up, ”said Raimondo. “And during that time, the threat to our country has never been greater – that of the re-election of someone like Trump.”

Rhode Map wants to hear from you. If you have a scoop or link to interesting news in Rhode Island, email us at [email protected].

Every day, Rhode Map offers a cheat sheet describing what is happening in Rhode Island. I have an idea? Write to us at [email protected].

Thanks for reading. Send your comments and suggestions to [email protected], or follow me on Twitter @DanMcGowan. See you Monday.

Tell your friends about Rhode Map! They can register here. The Globe has other email newsletters on topics ranging from last minute alerts to sports, politics, business and entertainment – Check them.