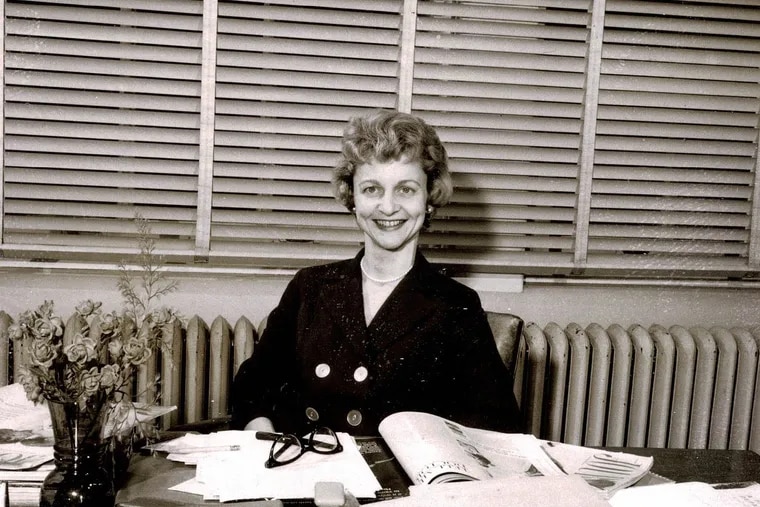 Joyce Winston, 93, loved to beat her sons at puns

Somehow, Joyce Winston has managed to put the love and achievements of two or three lifetimes into her 93 years.

The former Malvern resident was a teacher at the University of Wisconsin in the 1940s and taught WWII soldiers.

She became editor of letters to the Ladies’ Home Journal in the 1950s and 1960s and has conducted research with, among others, interviews with actors Ethel Merman and Bette Davis.

And she was a therapist and social worker in Chester County in the 1990s, running anger workshops for teenage parents, and advocating for the rights of HIV-positive prisoners.

At Christmas, her son Tod said, Ms Winston sent dozens of cards adorned with her own artwork. And dozens came to their homes in response. She loved playing word games, especially Boggle and Scrabble, and was “proudly disappointed,” Tod said, when she started losing to her sons.

“She and my father raised us to be honest and kind, and to value justice in their footsteps.”

She was active at Willistown Friends and volunteered with her husband, Lindley, to don colonial clothing and welcome visitors to the Colonial Plantation in Ridley Creek State Park. She knew the family tree by heart.

Ms Winston, 93, died on Sunday April 12 in an assisted living facility in North Jersey due to complications from the coronavirus.

“She was a dedicated mom who, along with my dad, created a loving home for my brothers, Daniel and Jay, and me,” Tod wrote in a tribute to Facebook. “She and my father raised us to be honest and kind, and to value justice in their footsteps.”

Of course, not everything is going well, even for those who seem to have it all figured out. Tod recalled the time Mrs Winston, when the family lived on a small farm, was late for an important meeting because she had to chase their pet donkey, José, through a neighbor’s yard while she was still in her nightgown and slippers.

In her later years, Mrs. Winston lost her sight.

“I would like to think that in her last moments, in her mind, she was walking with her parents through the streets of her childhood in Washington, DC, surrounded by all those she loved, and who loved her and still love her. “Tod wrote.

Ms. Winston is survived by her sons and many other relatives. Her husband died in 2005.

A Quaker memorial service will be held later.