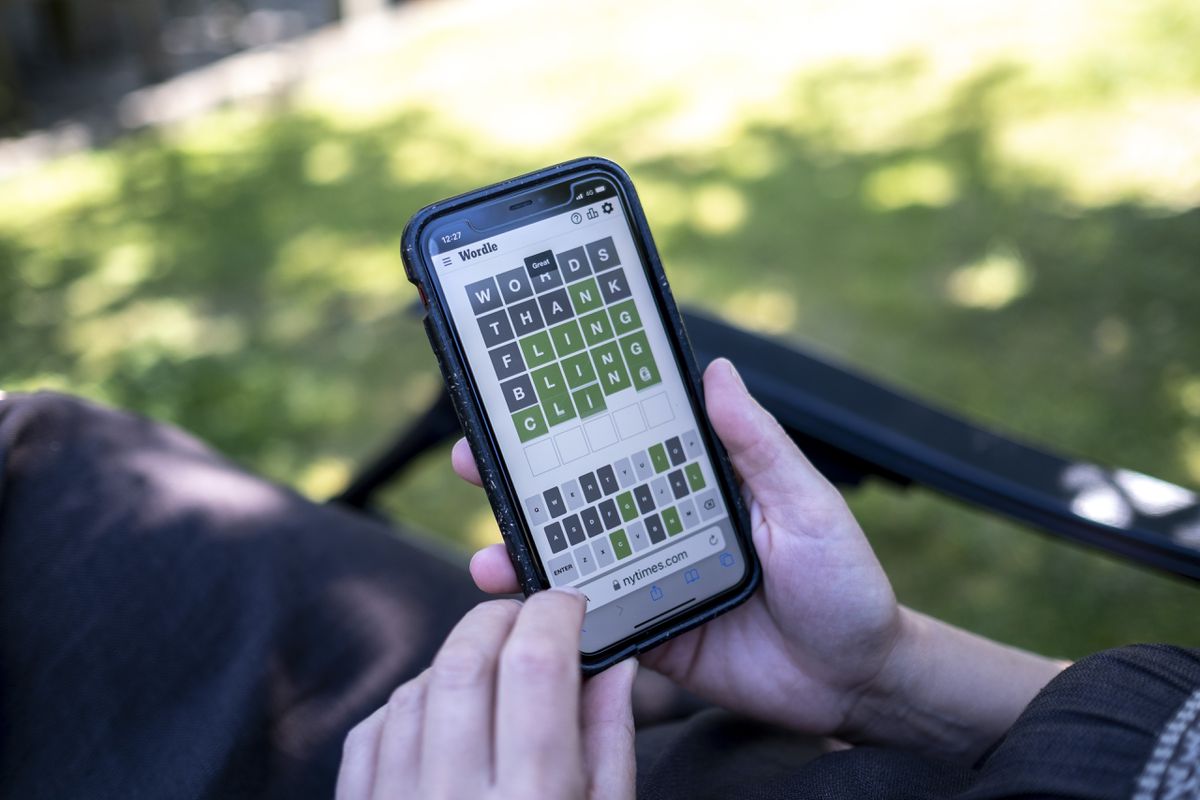 From Wordle to Scrabble: Do word games bring out the worst in people? | Culture

Since Sam Ezersky, digital puzzle editor at The New York Times, took on the responsibility of choosing the words for the Wordle game, which is played by millions of people around the world, he was inundated with hate mail. Every day, the 27-year-old engineer is insulted and threatened for a seemingly trivial matter: words. He had no choice but to close his Twitter account. He speaks from experience in a interview published in The Economist, in which he admitted that although he was not a “real word person” (he studied math and engineering); he took the job in the puzzle section because he likes solving problems.

Each day, after the publication of the spelling bee – one of the newspaper’s biggest hits – Ezersky’s department also receives dozens of emails; readers complain that the words are too obscure, too British or too ambiguous. Several Twitter accounts have been created just to troll him. When the puzzle didn’t accept the word “raffia”, someone sent fibers of this material to the newsroom, along with a slight threat.

Josh Wardle, the creator of Wordle – the name of the game is a nod to his last name – is also surprised by the enthusiasm of the players. Wardle, an engineer from online community Reddit, created the game for his partner, who loves word games, during the Covid-19 lockdown. Last February, he sold it to The New York Times for a seven-digit number. At the time, British gamers complained of a “cultural imperialism” bias in the criteria used to choose words, and rumors spread that the New York newspaper was making the game more difficult or putting it behind a paywall. “It’s going viral, it’s not great, to be honest. I feel responsible for the players. I feel like I really owe it to them to make things work and make sure everything is working properly,” he said. The Guardian in an interview after the sale. “It’s not my full-time job and I don’t want it to become a source of stress and anxiety in my life.”

The fervor of Wordle players – especially losers – is so great that it has given rise to multiple theories about the passions that a game that is played in private, but whose results are displayed on social networks, can arouse. . Aggressiveness isn’t what one would expect from word-lovers, but a 2015 New York University survey of Scrabble once found that those who play aren’t exactly thoughtful intellectuals – or at least they didn’t always behave that way when playing. . The work, led by Allison Parrish, a professor in the Department of Telecommunications, aimed to find out why Scrabble “turns people into assholes”.

His research was based on bad experiences with his own family. In the study’s findings, Parrish wrote that being good at Scrabble is not the same as excelling at poker or football, because the key Scrabble skills of having a rich vocabulary and correct spelling are much more related to social status than other skills. “A good Scrabble hit means more than ‘I’m a better Scrabble player than you.’ It’s saying, “I’m a better person than you. I’m more literate than you.” directly to the player’s ego.

For Douglas Gentile, professor of psychology at Iowa State University, Wordle, with approximately three million daily users in the United States alone and available in multiple languages, is the perfect game because it meets the ABC of needs. humans: A is autonomy (we all want to feel in control of situations), B, the need to belong to a group and feel connected to others and C, competence; we want to be good at something. The fact that it’s also a short game (it only takes three minutes out of your day) saves you the guilt of not feeling productive. So losing in the perfect game puts us in a really bad mood. If one can also blame a third party, either the developer of the puzzle or the person in charge of The New York Timesit’s even better for our self-esteem.

Kelli Dunlap, clinical psychologist and professor of game design at American University, explains that games allow us to overcome surmountable obstacles. If designed well, they present challenges that strike an optimal balance between being too easy and too difficult. However, if a player feels that this balance is upset and the game is unfair, they may feel frustrated and angry. The expert believes that, in Wordle’s case, aggression has more to do with poor emotional management or lack of player ability than with the design of the game itself. After all, few games intentionally try to bore players; even the most difficult ones usually provide opportunities to learn, improve, and succeed.

Professor Gentile returns to the ABC of human needs, which is, he points out, the basis of a theory of human motivation called self-determination. Anything that doesn’t give us autonomy, a sense of competence, and connection with others won’t be enjoyable in the long run. We don’t like to do things that frustrate any of these three needs. Maybe, he concludes, we should know which one is failing when people get angry over a simple pun.

2022-10-03
Previous Post: From Wordle to Scrabble: Do word games bring out the worst in people? | Culture
Next Post: What is today’s Quordle? October 5 word puzzle tips and answer